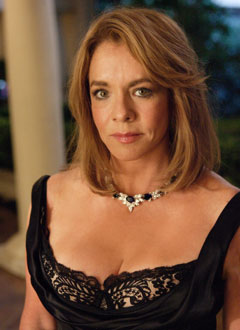 Abigail “Abbey” Bartlet is the First Lady of the United States, having been married to President Josiah “Jed” Bartlet for more than three decades. She is in many ways responsible for her husband’s political success. For starters, Jed was heading down the path to priesthood before he met his future wife, as an undergraduate at Notre Dame. Together, they have three daughters: Elizabeth, Ellie and Zoey. Along with being a loving wife and mother, Abbey is a first-rate thoracic surgeon. She earned her medical degree at Harvard, where she has gone on to teach. She is also on the staff at hospitals in New York and Boston.

Later, her medical career is put on hold for circumstances directly related to her husband’s job and personal health. Abbey’s relationship with Jed isn’t always rosy, especially when he breaks promises (like not running for a second term of office). Still, the pair has been through too much together to remain too far apart for too long, though his long hours and her responsibilities as First Lady are a consistent challenge.